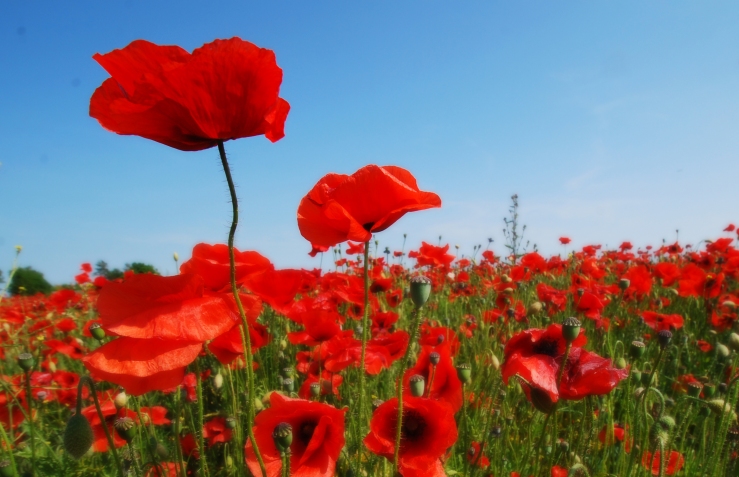 As I came into the kitchen after putting Charlotte down for her nap, the opening notes of The Last Post came through the radio. I sat down, and, as always happens when I hear this music, tears began to fall. I sat with my eyes closed, and thought of my poppa and of all the men and women who have fought and died in the two World Wars, and who continue to fight and die in wars today. When I was little, I used to imagine my poppa on some barren battlefield, hearing a worn trumpet play this song as the sun rose.

I’ve always had an uneasy relationship to Remembrance Day. In the past I’ve wondered, does it glorify war? How is it a movement towards peace? But of course I’ve come to understand that it doesn’t glorify war to honour those who have fought against their will and those who went out of their way to fight (my poppa was one of them). To take a moment to remember what they’ve lost, whether we call it sacrifice or tragedy or both.

Each year that we mark Remebrance Day while wars still rage around the world, while soldiers and innocent people die, I feel hopeless. I feel like all of this death, in the end, is for nothing. The highest honour we could give our fallen soldiers, more than a poppy pinned to our lapels for a few weeks, more than wreaths laid at the foot of so many monuments, more than a collective pause before we continue our daily rounds, would be peace. We teach our children about the horror of war so that we can have peace. War upon war, horror upon horror, still we fight. We continue to mark this day, wishing for change, never seeing it. May part of our remembrance today be a prayer for peace tomorrow.